To be honest, I completely forgot about Epic’s March Game Jam. Fortunately, Dawid Niemiec didn’t, and he reminded me about it few days before it started. So… we decided to join forces and participate again.

This time, the theme was “Set it Free“. Idea to realize it, came up pretty quickly. However, while the project was growing, we were moving away from the main idea (and theme as well). Because of that, we ended up with game, that didn’t have that much with setting anything free. I guess, it didn’t matter for Epic since our game was in TOP 3 anyways! Here is a sneak peak from what we’ve made. 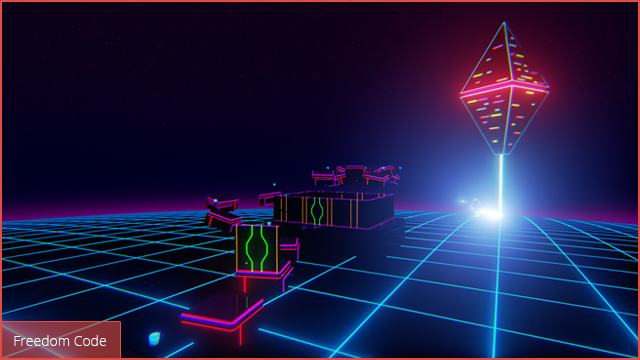 What is it all about?

Pictures, vids and bla bla.. Yeah, sure.. but “What’s the point of this game? What is it all about?” you may ask. Let me shed some light about Freedom Code.

FC is a FPP arcade game with a tiny bit of puzzle elements. You are controlling a computer code, that has to escape from the world. The way you do this, is by jumping around on platforms, using abilities to open a path when simple jump isn’t enough. Here, you can find some gameplay from early stage of the game.

Dawid was working on level design (normal levels) and gameplay as well. He also made 3d models, that we had in final release.