“Love is a Battlefield” – that was my very first game jam theme, that I had opportunity to deal with. I must say, that theme itself wasn’t really interesting for me, but I was very determined to participate anyways.

So, I’ve teamed up with Dawid Niemiec, and as a result of our work, LoveVan was born.
Idea was simple, player’s job, was to keep driving through endless neighbourhood while delivering ‘Love’ to certain houses. Since, destruction in games is awesome, we’ve decided to add that aspect as well. Two types of pickups, few simple AIs and world generator later, our game was ready. 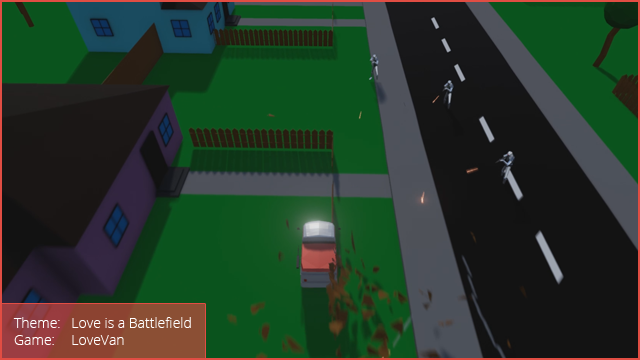 Dawid was working on level design and gameplay as well. He also made 3d models, that we’ve used in final release.